Mokka Official
Home Game News Sony has given gamers a first look at the design of its...

Sony has given gamers a first look at the design of its next console as well as some of the titles it will play.

The PlayStation 5 has a black core surrounded by curved white edging, and a blue glow.

Sony’s machine will launch alongside Microsoft’s rival Xbox Series X before the end of the year.

“While there’s still a lot of unanswered questions about the PS5, namely price and release date, I think Sony did exactly what they needed to with this reveal event,” commented Laura Kate Dale, a freelance games critic.

“It showed off an hour of games, mixing sequels to popular titles, and new franchises from its biggest first-party studios, for a solid hour.

“People on Twitter are very split on whether they like or hate the look of the box, but overall Sony spent an hour getting people excited.”

So many people remarked that the console looked like a “wi-fi router”, that the term trended on Twitter shortly after the event.

So are you guys getting the Mini Fridge or the Wifi Router? 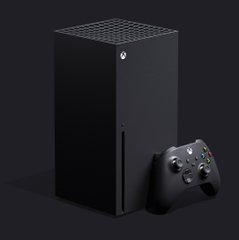 1,225 people are talking about this
Report

More than two dozen new games were shown off in total.

It was not always clear during the event which titles were PS5 exclusives and which were not.

The PlayStation 5 is set to go on sale later this year, seven years after the PS4.

In addition to being able to deliver improved visuals, the new machine also has a customised hard drive that will make it possible to radically reduce load times.

Sony is building a library of launch titles that will only be available on its next-generation machine. This contrasts with Microsoft’s approach, which is to initially release new first-party games on both its current and next-gen consoles.

Sony opted to stream a pre-recorded video rather than a host a live event because of the coronavirus pandemic.

The video was broadcast at 1080p resolution, much lower than the PS5 is capable of.

The PS4 outsold the Xbox One globally by more than a 2:1 margin, although the gap was much closer in the US.

In advance of Thursday night’s event, one industry insider said there were two things he was most excited about.

“The other is the super-fast loading. On PS5, waiting to get into the action is a thing of the past.”

The new Spider-Man game acts as a follow-up to 2018’s action-adventure game based on the Marvel superhero.

But this time round the protagonist appears to be the Afro-Latino teenager Miles Morales rather than Peter Parker. The brief trailer showed him fighting and web-slinging through New York, showing off snow and electricity particle effects that would not have been possible in such detail on the PS4.

Hours after the announcement, Sony executive Simon Rutter told the Telegraph that it was not, in fact, a wholly new title, but an “an expansion and an enhancement to the previous game”.

“There’s a substantial Miles Morales component-which is the expansion element-but also within the game as well there’s been major enhancements to the game and the game engine, obviously deploying some of the major PlayStation 5 technology and features,” he told the newspaper.

But that was later disputed by developer Insomniac Games, which called the new title “the next adventure” and a “standalone game”.

Several of the other reveals reintroduced familiar characters.

Aloy is back in the follow-up to Horizon: Zero Dawn.

In Forbidden West, the heroine was shown swimming underwater as what appeared to be a robot crocodile passed overhead, and battling against robot dinosaurs.

Assassin Agent 47 returned in Hitman III, IO Interactive’s stealth series. It is not due to go on sale until January 2021, however, so will miss out on launching alongside the PS5.

Oddworld: Soulstorm was a surprise, bringing back the former slave turned hero Abe, in a series that dates back to the original PlayStation.

And Sackboy also returned for more platforming in A Big Adventure, a follow-up to the earlier Little Big Planet Games.

There was also a first look at some new intellectual property, including:

“What I found particularly great was the push on new IP,” gaming presenter Shay Thompson told the BBC.

“Many of the protagonists featured were women or girls, which is a huge deal. That would’ve been a pipe dream, even 10 years ago.”

There was no mention of any virtual reality games, however. Nor was was there any mention of a PlayStation 5 version of The Last of Us 2.

Reality check time. It’s fun to see new games, but remember that they won’t all be available on day one and not everything you see in a showcase is really exclusive (GTA V port is also coming to Series X, for example, RE Village is coming to Series X and Steam).

22 people are talking about this
Report

Sony also highlighted new features of the PS5’s hardware including 3D Audio and a 4K Blu-ray player. It also said the the new console would be released in a version that lacked a disc drive.

While Sony and Microsoft’s next-generation consoles will battle for sales, they both face the challenge of launching at a time when the coronavirus pandemic may not be over.

Although both firms have said that production is on track for winter 2020 releases, it is unclear what level of demand there will be.

“Console gaming has proven to be resilient to economic downturns because it continues to offer good per-hour entertainment value,” Piers Harding-Rolls wrote in a research note for Ampere Analysis.

“Even so, the recession and growing unemployment in key sales territories will undermine adoption – less so at launch [but] more significantly after mid-2021.”

A confident introduction to the PlayStation 5 from Sony, letting the games do the talking, with a varied mix of big-name fan favourites and a lot of new titles from smaller studios.

The event lacked the fevered energy that a live showcase generates, but it managed to settle into a comfortable groove as games like the new Ratchet and Clank allowed us to see what the PS5’s solid state drive (SSD) can do to reduce or almost eliminate load times.

Rather than a quantum leap, this next generation looks like it might be built around lots of smaller improvements in areas like audio, with 3D sound and improved haptic feedback in the controller.

Beyond better visuals and faster loading times, what does the next generation actually mean when it comes to games though?

On this evidence more of the same: shooters, racers, third-person adventure titles and sports games. Things we already have, but graphically improved.

PlayStation and Xbox have both struggled to communicate what the next-gen really has to offer.

But at least fans have now had a glimpse of some games and finally clapped eyes on the PS5’s curvy physical case.

Singer Anuradha Paudwal’s son Aditya Paudwal passes away at the age of 35 :...

In a first in Hindi cinema, Sanjay Gupta to adapt graphic novel on superhero...

Realme 7i launched in Indonesia, making the Realme 7 lineup even...

A Prince of Persia remake is rumoured to feature at next...