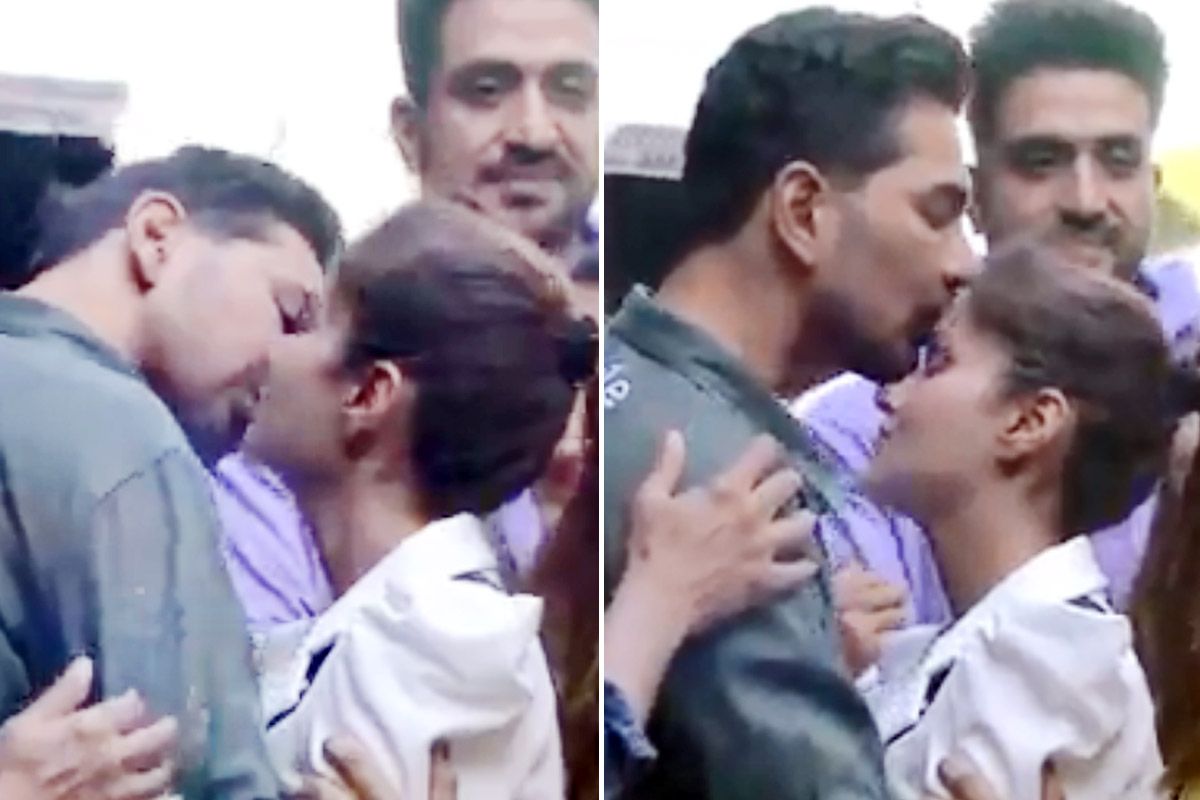 Bigg Boss 14 contestant Abhinav Shukla‘s elimination came as a shock his co-contenders and fans and many demanded that he deserves to be in the finale. His eviction raised many questions for the makers as fans and a few celebrities such as Shefali Bagga, Kamya Punjabi among others called it ‘unfair’. Amidst the robust reactions, Abhinav Shukla and Rubina Dilaik‘s picture locking lips before he left the house is making fans gush over the couple. Also Read – Bigg Boss 14: After Abhinav Shukla’s Eviction, His Parents Are Shocked, Accuse Makers of ‘Intentional Elimination’

While bidding goodbye to his wife Rubina, he kissed her on the forehead and then they were seen kissing on the lips. The picture has gone insanely viral.

Meanwhile, Kamya took to Twitter to slam the makers and wrote, “Are u serious?????? They are deciding the faith of a contestant who has been in the house since day one maintaining his dignity n playing so well…. so bloody unfair #BB14 @ColorsTV @ashukla09 u are already a winner for me!” “Agar @ashukla09 ka contribution kamm hota #jasmin toh tum evict nahi hoti woh hota (He would have been evicted instead of you, Jasmin, if Abhinav’s contribution was much less)… similar with you #JaanKumarSanu @ColorsTV #BB14.”

Well, Bigg Boss 14 finale is inching nearer and is predicted to premiere on February 21, 2021.

Watch this house for the most recent updates!

Choreographer Bosco to turn director with Rocket Gang; film to be shot in real...